BACK OFF GREEDY PEOPLE...I NEED HEALTH INSURANCE! or DON'T LISTEN TO "THEM" SCARING YOU...YOU NEED HELP LIKE ME! 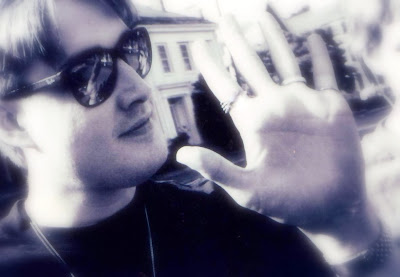 I can't name the many corporations ceo's that, what shall I say, benefited the most by Bush/Cheney/Satan Administration...by raking in the dough at the top...and stealing from the front line workers.

Anyway, after following the "ceo's" and the "owners" and the "investors" and the "contracts" of Bush's Medicare...and prescriptions drug companies...and Insurance Companies...etc...Guess where they all trace back to?So, of course the Republican parties...and the "Dems in disguise" don't want a thing to do with the health care proposals that come from Obama and his team.They will NOT be able to benefit by contract and PRICE GOUGE! They can't steal anymore.They can't line their pockets by deciept.They are using every fear tactic by presenting it to us through Repug media...etc...as if it were almost Communist...not Socialist.These terms that describe the way our country is headed aren't at all what is going on.
These are words people toss out and ignorant greedy hate ridden pigs spread them like a disease...Scaring people...into wanting another Bush.

The Obama Teams Heath Plan is a tool that is going to be used as a "survial skill" for us as American's... to be well enough to work together in the recovery work our country needs.

There is nothing to lose with Obama's Plan...After all...What other choices do a lot of us have?

I'd hate to see people continue to be in painful, sick, sad, scared...and deadly illness because they aren't among the few that afford health insurance...or those that are among the many that are being ripped off and thrown into debt by being forced into a Communist heath insurance.

The last administration left us in the dust...taking all they could grab like a whirlwind...and now they are bitching for more.

Don't they have enough already?Remember Georgey in Kindergarten? Now, now Georgey, Mitty and Dickey...you have to share with Jimmy, Mikey and Lyddie.I'm letting deceipt in the name or corporate greed and corruption get to me

...And it makes me need this insurance even more.

Subscribe to James Hillis Ford And His Quest...To Always Do The Right Thing ...And God's Work... by Email

Lead Singer Of A Rock And Roll Hair Band

I Won The Audition And My Beer Commercial Went To Germany...Anyone Ever Hear Of Halston Beer? The Things A Starving Actor Does For A Few Bucks. HaHa!

This is one of my advertisements

He wears a lot of Patchoulli

Toward the end of Jim Hillis Ford's Modeling Days...

Look at my dead eyes.